Lately I have been so hard on myself since Antonio is dealing with autism much more. I can’t help but feel like a bad mother even though I am far from it. I feel bad that I have to enforce and wait for him to let me know that he understands things. What does that even mean?  It got me thinking why do we beat ourselves up as parents?

So since he got diagnosed with autism, we have been working with some great speech therapists. We have had to learn how to be more patient. Whenever he wants something he has to point to it or make a noise. This is hard because I need to have time and patience for myself and him, but it is also hard because sometimes he gets mad and frustrated which causes him to cry. I don’t like seeing my kid unhappy and having a meltdown. Which in turns causes me to break down.

The even harder part is when we are out in public and I have to discipline him and not give in. I know this sounds like a duh moment as a parent, but the truth is it’s harder than you think. We went to the playground with friends who have kids and the minute we got there he through a tantrum. He had some major social anxiety and separate anxiety. He was super whining the whole time and didnt want to be a normal kid. Instead of just giving into him and letting him leave the playground I worked with him and kept re directing him to the playground. Some might say this is normal for a two year old but he was showing signs of autism by not wanting to play with the kids and covering his ears etc. I kept encouraging him and talking to him. I stood by his side for every single step. This is how I dealt with autism. I literally came home and cried. I cried because I felt like a mother who couldn’t help her son. I couldn’t understand what he was upset about.

Another scenario .. My kid sometimes just stops in the middle of a store, sits down, and laughs, or screams; he even tries to lick the floor. Which is when I lose it and scream because in public like no the floor is NOT OKAY!  He likes to lay down and not get up! People stop and stare and then look at me. I get it, but I am doing the best I can. At the end of the day I see his smile and it makes me know I must be doing something right! So I beat myself up because I get frustrated and wish my kid could communicate and understand better, but the reality is he can’t and this is acceptance. I have to work with him slowly and be patient.

I want to be able to get through to him more than anything in the world! All in time I keep telling myself! What are some struggles that you face with being a parent? 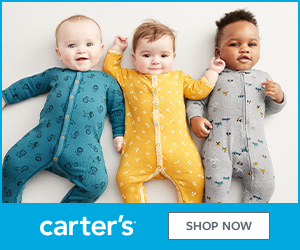